So this week saw a whole lot of Kate Moss doing what she does best, only (probably in the eyes of most men) better – nude, in Playboy Magazine’s 60th issue.

The British model beauty, who has just received a Special Recognition Award for her contribution to fashion (which spans 25 years, btw) was photographed by high fashion photographers, Mert Alas and Marcus Piggott, and styled by Alex White, who had her topless, in bunny ears and behind a mask, at times strewn across on fancy furniture. 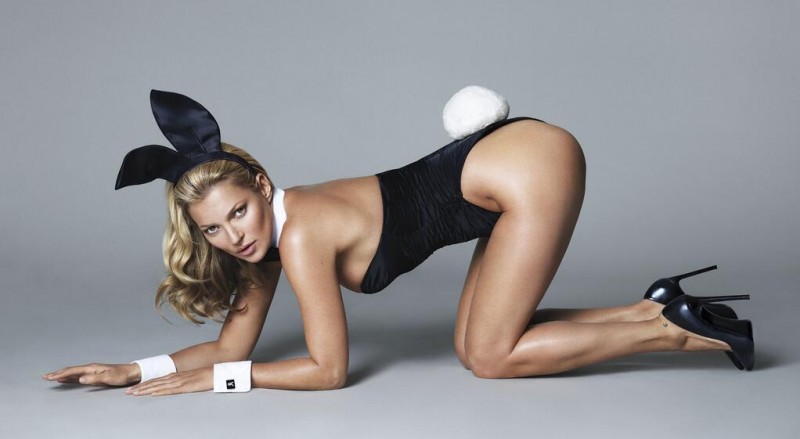 Croydon-born Kate is pictured on the cover as well as on 18 of the magazine’s special double issue, which turns 40 years old in January. Founder and editor-in-chief Hugh Hefner said of the occasion, “’Sixty years ago, I created Playboy magazine with an intent to reflect on and influence the cultural changes taking place in America, as well as to become the voice of sophisticated men all over the world. From its beginning, Playboy has stood for freedom of speech, freedom of choice and freedom of the press. I am so proud to celebrate this anniversary as the magazine continues its mission to promote these core values many decades later.” 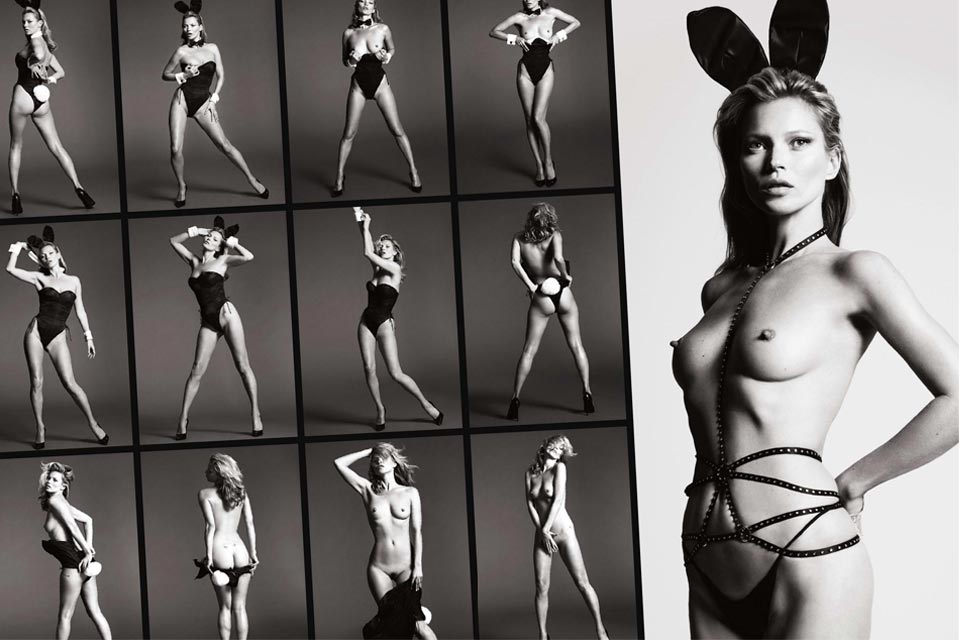 Editorial director Jimmy Jellinek said of the model’s involvement, “Having Kate Moss, a global icon and the most important supermodel of the past 25 years, appear on our cover makes this issue the perfect way to launch Playboy’s next 60 years.” And we doubt there’s a man (or woman with a major girl-crush) alive who’d disagree. 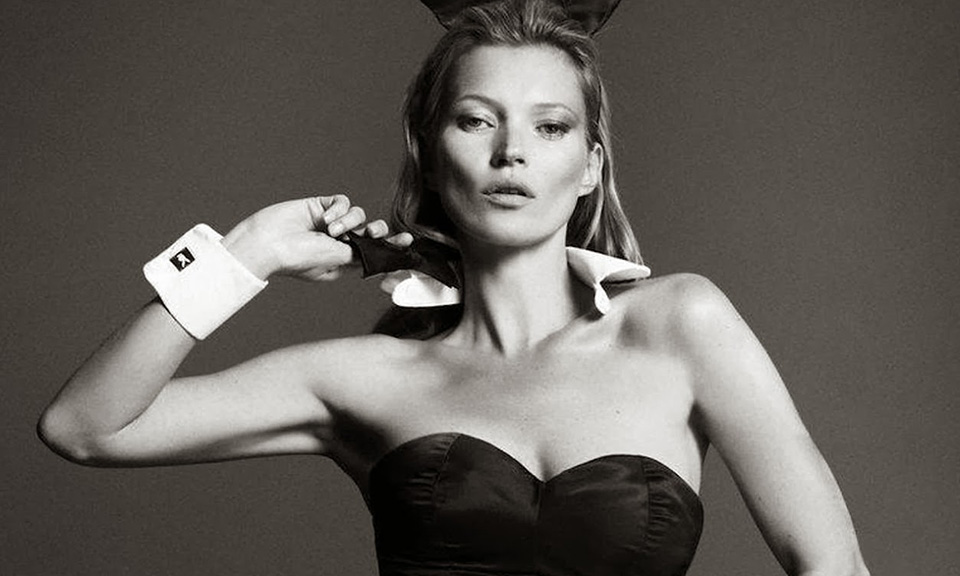